With an increasing number of states allowing recreational and medicinal cannabis use, senior citizens with athletes, chronic pain and aches of all types are testing the waters to see how CBD might fit into their lifestyles. CBD oils, creams, and tinctures sold both in stores across the country and online are helping with regular or training aches, pains, and other common ailments.

The FDA recently released a statement that said it ‘recognizes the significant public interest in cannabis and cannabis-derived compounds, particularly CBD. However, there are many unanswered questions about the science, safety, and quality of products containing CBD.

Many athletes, chronic pain and aches however, have already reached their own conclusions.

Floyd Landis is best known for his 2006 win at cycling’s biggest race, the Tour de France, and subsequent disqualification for using performance-enhancing drugs. Of late, Landis is making headlines for his cannabis business that he launched in 2017.  Landis says he became interested in cannabis as a pain reliever after developing an addiction to opioids following hip surgery. A resident of Colorado when that state legalized marijuana products, he began experimenting with them to see if they might help.

He says many athletes prefer ‘natural’ alternatives for pain relief, and cannabis has an appeal for that reason. “Oftentimes, what limits athletes’ progression in sport is pain,” he says. To them, “cannabis appears relatively safe with few adverse side effects.” He says that topical products are popular with people who want to treat localized pain.

Joanna Zeiger competed as a triathlete at the 2000 Sydney Olympic Games and in multiple Ironman and 70.3 World Championships. Today, at 49, she’s an epidemiologist who studies cannabis. She says she became interested in the topic through her own experience using cannabis to deal with severe nerve pain resulting from a career-ending bike crash defending her title during the 2009 Ironman 70.3 World Championships.

After the crash, she suffered constant muscle spasms, nausea and insomnia. Zeiger was reserved to turn to cannabis because it had been on the USADA/WADA banned substance list. She was also wary of it because of her research at the University of Boulder on drug use and abuse in adolescents and young adults. She finally relented at her husband’s insistence.

She began with small doses of edibles – legal in her home state of Colorado – and found relief from both pain and nausea, along with better sleep.  She became interested in learning how common cannabis use was among athletes and how it was being used. Through social media and email blasts, the Canna Research Group that Zeiger runs distributed a survey to 1,274 adult athletes, asking whether and how they used CBD and THC-containing products. They found that 26% of the 1,161 athletes who responded had taken it in some form during that time period, while overall, 67% had used it at some point in their lives.

Not surprisingly, younger athletes tended to use THC and CBD products for recreational purposes, while athletes over 40 skewed more toward medicinal CBD use. Overall, however, “About 61% of the athletes indicated they use cannabis for pain, with 68% saying that cannabis improved their pain,” Zeiger reports, “There were no differences in pain relief by age, but younger athletes reported better sleep and less anxiety with cannabis use than older athletes.”

Today, CBD is extensively used among senior citizens to alleviate many health disorders. Let’s take a look at how CBD for chronic pain and aches can be used by senior citizens.

Osteoporosis is very common among older adults in the United States and around 40 million people suffer from low bone density. These conditions can cause pain, low mobility and sometimes depression. The best possible remedy for these conditions is CBD. The regular use of CBD can help in maintaining bone health and controlling osteoporosis. The anti-inflammatory properties of CBD help in reducing the inflammation that contributes to the loss of bone density.

Another condition commonly faced by seniors is a neurodegenerative disease called Glaucoma. It causes damage to the optic nerve and leads to high pressure inside your eye, known as intraocular pressure. It can lead to permanent blindness if not treated properly. CBD can be used to fight the symptoms of glaucoma, such as nausea, vomiting, severe pain, chronic pain and aches, etc. Recent studies are showing that CBD could prevent the formation of peroxynitrite and provides protection for the neurons from damage caused by glutamate.

Alzheimer’s disease is yet another brain condition that may lead to memory loss and has the capability to negatively affect the behavior of the affected person. This condition is very common in people above the age of 65. One of the main causes of Alzheimer’s disease is the amyloids and fiber bundle buildup in the brain. A recent study showed that CBD could remove the protein amyloids from the neurons. CBD’s neuroprotective properties also help to treat different forms of dementia.

Many older adults have difficulty in getting a good night’s sleep. CBD is very effective in promoting and improving the quality of sleep. There are several studies that proved the effect of CBD for sleep problems. Insomnia can lead to other health problems, including migraines. In addition, CBD’s anti-inflammatory properties are very effective in alleviating different types of body pain.

Finally, the cannabis plant has been used for relieving different forms of body pain for thousands of years. After the discovery of CBD in the year 1940, it was proven that the presence of CBD gave the cannabis plant its pain-relieving properties. Arthritis is a common inflammatory disease seen in older adults and the use of CBD will help to reduce the inflammation from the joints and thereby the pain associated with it.

Recommended Read: Can CBD Help With Holiday Stress And Anxiety? 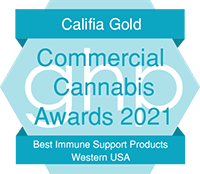